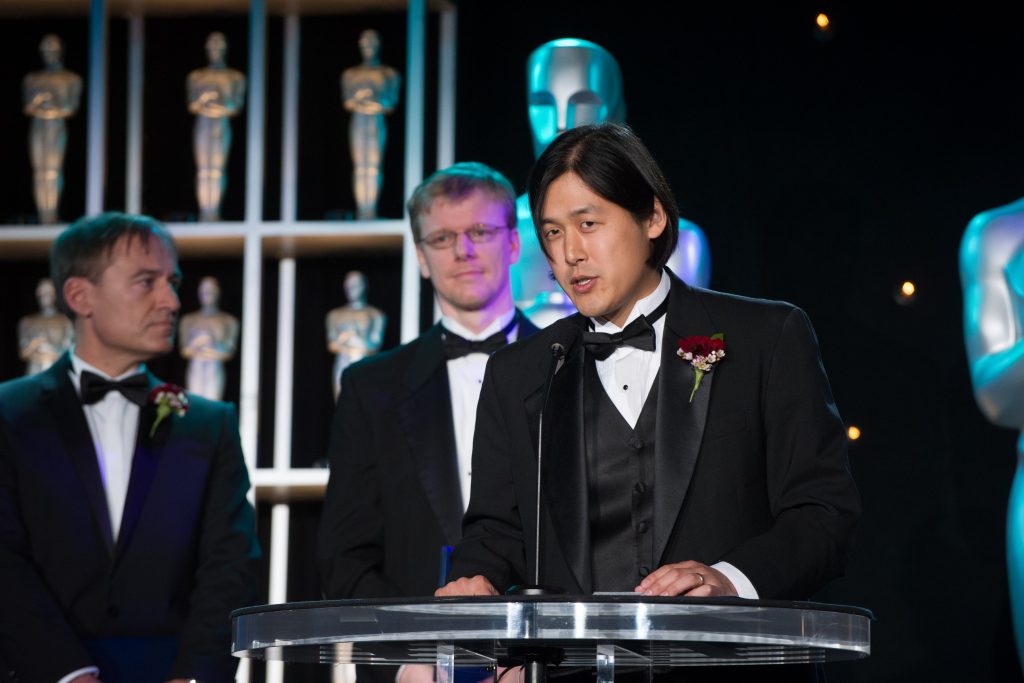 Turns out the road to Hollywood runs through Chapel Hill.

Or at least it did for computer science alumni who have used their programming chops to develop special effects software you’ve probably seen on screen.

Kim won for a software algorithm called Wavelet Turbulence, which he started working on in 2007 during his postdoctoral studies. The algorithm, and the software that uses it, helps special effects wizards create more realistic fire and smoke on screen.

Kesteloot and his colleagues received a Technical Achievement Award from the Academy of Motion Picture Arts and Sciences. They helped develop software at a special effects company, Pacific Data Images (now part of DreamWorks Animation), which is used to render animated images. It’s been featured in more than 30 movies, including the 2010 hit How to Train Your Dragon.

“It was designed from the beginning to be interactive, so you could tweak things in the interface and see things very quickly,” Kesteloot said. Before the new technology, it could take 30 minutes to an hour for animators to view a change they’d made. The lag made them less inclined to keep refining their work to make it better.

In Kim’s case, too, the technical advance was as much about speed as anything else. Filmmakers since the 1990s have used computer animation tools to create realistic fire and smoke.

Those tools were fine for small images — say a cigarette or a campfire — but larger images (imagine a volcano), took much longer to render, sometimes days.

The Wavelet Turbulence algorithm allows faster rendering of on-screen explosions, smoke and fire. It has been used in movies such as Avatar and Transformers: Revenge of the Fallen.

Kesteloot and Kim both say UNC’s longstanding reputation as a powerhouse in graphics and visualization was a big factor in why they chose Carolina for graduate school.

They aren’t the first Carolina grads to find that a computer science degree could take them to Tinseltown.