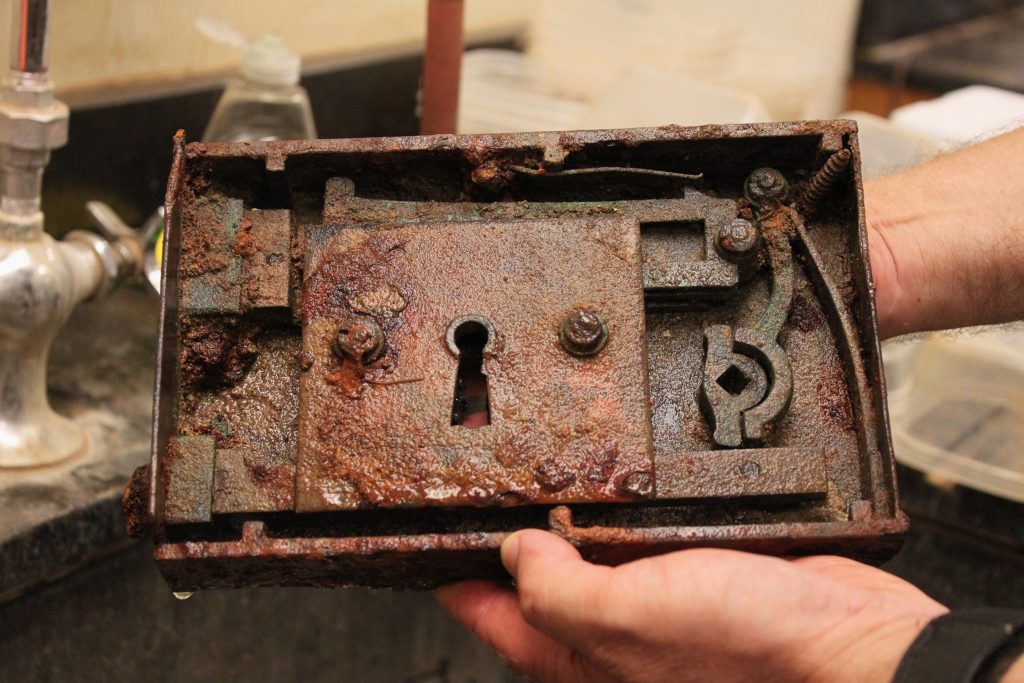 Archaeological excavations led by UNC faculty in Israel, Greece and Chapel Hill made news headlines over the summer in international, national and local media, including The Times of Israel, The Huffington Post, and WRAL-TV and The News & Observer in Raleigh.

Since 2012, three well-preserved mosaics have been discovered in the same location. Two of the mosaics feature scenes of Samson from the Bible’s book of Judges. The third and most recently discovered mosaic is the first time a non-biblical story has been found decorating any ancient synagogue. It features three horizontal registers with different male figures, bulls and elephants.

Magness said the identification of the figures in this mosaic is unclear because there are no stories in the Hebrew Bible involving elephants.

Read more about this discovery.

Donald Haggis, Nicholas A. Cassas Term Professor of Greek Studies in the department of classics, continued his ongoing archaeological excavations on the island of Crete.

The Azoria site is an early Greek city (circa 700-500 B.C.) and the context of a 20-year study of early Greek political economy. He was joined in the field by professor Margaret Scarry from UNC’s department of anthropology and 43 students from UNC, Duke University and other universities worldwide. He received a $200,000 grant from the Stavros Niarchos Foundation to support the project.

They uncovered remnants of what is referred to as “the Second President’s House” in historical accounts of the University. That house was occupied by UNC’s first president, Joseph Caldwell, from 1816 until his death in 1835. It also was the home of President David Swain from 1849 to 1868. The house was then occupied by several UNC faculty members. A devastating fire destroyed it in 1886.

Archaeologists unearthed the house’s original foundation and discovered the home’s basement and dining room. Among other artifacts, they found the lock from President Caldwell’s front door.

Brett Riggs and Stephen Davis from the 75-year-old Research Laboratories of Archaeology in the College led the project. A crew of faculty, graduate and undergraduate students from archaeology, anthropology, religious studies and classics helped with the excavations.

Artifacts are being analyzed and will become a part of the RLA’s North Carolina Archaeological Collection, the largest and most important archaeological archive in the state.

Read more about the dig at the President’s house.