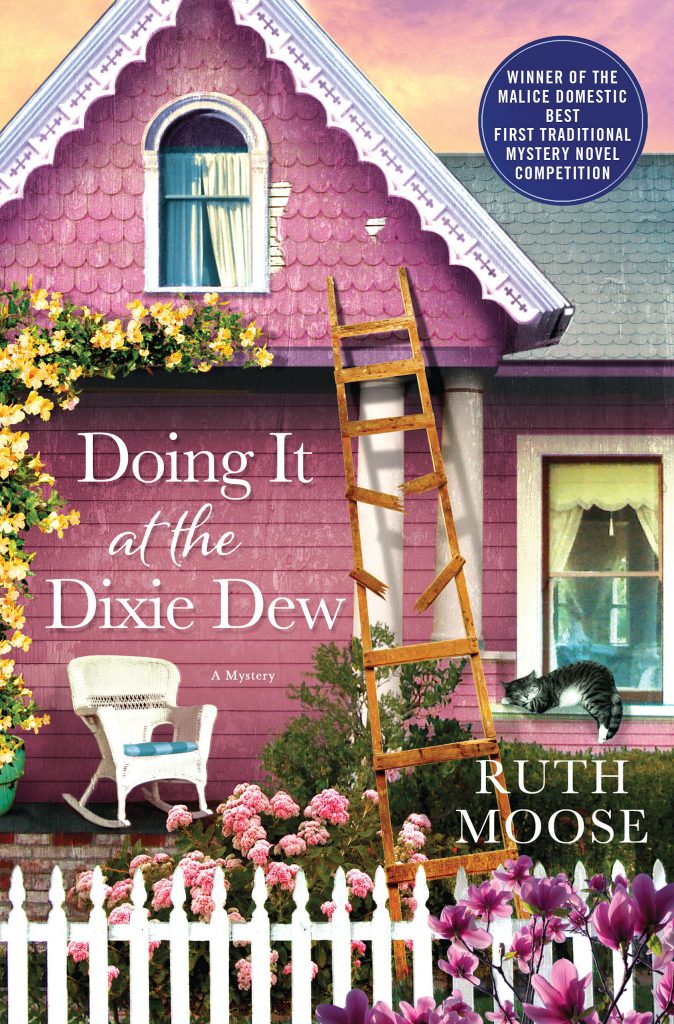 Read a Q&A with UNC professor John F. Kasson about his book, The Little Girl Who Fought the Great Depression: Shirley Temple and 1930s America. The Edible South: The Power of Food and the Making of an American Region (UNC Press) by Marcie Cohen Ferris, associate professor of American studies. The experience of food serves as an evocative lens into colonial settlements and antebellum plantations, New South cities and Civil Rights-era lunch counters, chronic hunger and agricultural reform, counterculture communes and iconic restaurants. Ferris reveals how food — as cuisine and commodity — has expressed and shaped Southern identity to the present day.

Sweet Potatoes (UNC Press) by April McGreger ’02, founder and chef of Farmer’s Daughter, a farm-driven artisan food business in Hillsborough. McGreger shares her 50 favorite sweet potato recipes in this tribute to the brightly colored tuber. She embraces the classics — sweet potato pone and candied sweet potatoes — but goes beyond them to introduce cooks to sweet potato chiles rellenos and sweet potato-ginger cremes caramels.

102 Days of War: How Osama bin Laden, al Qaeda & the Taliban Survived 2001 (Potomac Books) by Yaniv Barzilai ’11. Barzilai, a diplomat in the U.S. Foreign Service, takes the reader from meetings in the White House to the most sensitive operations in Afghanistan to explain the immediate aftermath of 9/11. The author concludes that the failure to destroy al Qaeda and kill bin Laden when he was cornered in the mountains in Eastern Afghanistan was not only the result of a failure in tactics but the product of failures in policy and leadership. How Jesus Became God: The Exaltation of a Jewish Preacher from Galilee (HarperOne) by Bart D. Ehrman, James A. Gray Distinguished Professor of religious studies. How did Jesus move from being a Jewish prophet to being God? Ehrman sketches Jesus’ transformation from a human prophet to the Son of God, exalted to divine status at his resurrection. The Boston Globe wrote: “Bart Ehrman has made a career of zeroing in on some of the most difficult questions at the intersection of faith and history.”

Mountain Gravity (New Atlantic Media) by Laurence Avery, professor emeritus of English. This debut collection of poems touches on stories of American Indians who lived in the N.C. mountains, contemporary Southern families maturing in a fast-paced world and Carolina flora and fauna adapting to changing habitats in the Blue Ridge Mountains. The poems reveal Avery’s abiding interest in his mountain heritage and a keen eye for the natural world.

Does Every Woman Have an Eating Disorder? Challenging our Nation’s Fixation with Food and Weight (Siena Moon Books) by clinical psychologist Stacey M. Rosenfeld (M.A. ’98). Why is it that today’s women — students, career women, wives and mothers, even those who don’t suffer from a clinical eating disorder — are struggling more than ever with what they eat and how they feel about their bodies? Pia Guerrero, founder and editor of Adios Barbie, said the book “Goes beyond simply raising awareness … Dr. Rosenfeld shares holistic solutions and exercises … that lead the everyday woman to recognize her own biases around food and weight.” Doing it at the Dixie Dew (Minotaur Books) by Ruth Moose, professor emeritus of creative writing. When Beth McKenzie returns to her hometown of Littleboro to open a bed and breakfast called The Dixie Dew, her first guest is murdered. Three days later, a young priest is found strangled in his chapel. The whole town is soon turned upside down. McKenzie fears her new B&B is in danger of failing and that she’s the town cop’s No. 1 murder suspect. (The book was the winner of the Malice Domestic Best First Traditional Mystery Novel Competition.)

River of Hope: Black Politics and the Memphis Freedom Movement, 1865-1954 (The University Press of Kentucky) by Elizabeth Gritter (M.A. ’05, Ph.D. ’10). Gritter examines how and why black Memphians mobilized politically in the period between Reconstruction and the beginning of the civil rights movement. In particular, she illuminates the efforts and influence of Robert R. Church Jr., an affluent Republican and founder of the Lincoln League, and the notorious Memphis political boss Edward H. Crump.

Inside Roman Libraries: Book Collections and Their Management in Antiquity (UNC Press) by George W. Houston, professor emeritus of classics. Libraries of the ancient world have long held a place in the public imagination. Until now, there has been relatively little research to discover what was inside these libraries, how the collections came into being and evolved, and who selected and maintained the holdings. Houston explores a dozen specific book collections in this meticulously Sand and Fire, the fifth Parson and Gold novel. (Putnam) by Tom Young (B.A. ’83, M.A. ’87). A jihadist leader in North Africa has seized a supply of sarin gas and is wreaking havoc. Marine gunnery sergeant A.E. Blount, grandson of one of the first black Marines, sets out to kill or capture the terrorist. Blount calls on colleagues Sophia Gold and Lt. Col. Michael Parson to help. The author logged nearly 4,000 hours as a flight engineer in Afghanistan, Iraq, Bosnia, Kosovo and elsewhere.