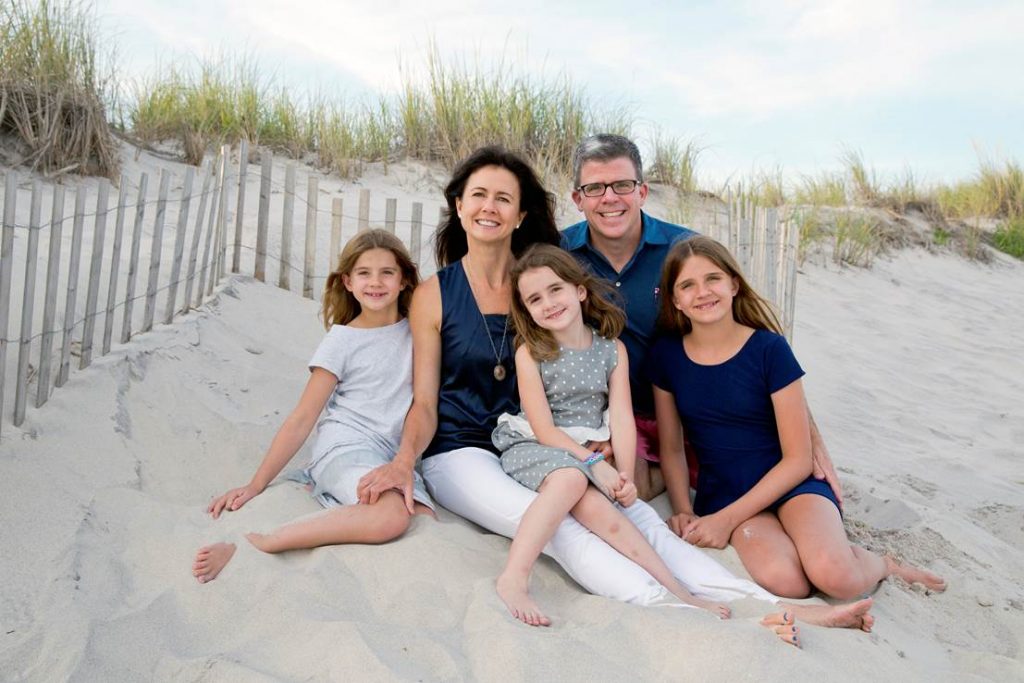 Vicki and David Craver, here with their three daughters, make supporting academic causes in the College a top priority.

Vicki Craver: Supporting ‘the heart of the university’

Vicki Underwood Craver ’92, chair of the Arts and Sciences Foundation Board of Directors, could once be found deep inside the old Venable Hall chemistry lab, toiling over her experiments.

If the former chemistry major were a student today, she would find herself in Carolina’s airy, new state-of-the-art physical science complex. In fact, she and her husband David Craver ’92, managing director at Lone Pine Capital, helped build it, donating funds to equip a lecture room in Chapman Hall.

Supporting academic causes within the College of Arts and Sciences is Craver’s top priority for UNC. Looking back, she is thankful for the rich array of courses she found there as an undergraduate.

“The College is the heart of the University,” she said.

Even while immersed in chemistry her senior year, she found time to take a philosophy course. “It was fantastic,” she said, glad that she tried something completely different from her major.

After graduating from UNC, the Winston-Salem native earned an MBA from Dartmouth and joined Goldman Sachs, eventually being named a vice president in the fixed-income division. She has since traded her investment banking career for one as a community leader in her home of Riverside, Conn. Craver also chairs the board of the Fairfield County Community Foundation. The Cravers are parents to three young daughters.

In addition to Carolina’s science complex, the Cravers have supported the Annual Fund, the Kappa Kappa Gamma Distinguished Professorship and many faculty projects. The College’s academic departments are in constant need of private support, Craver said.

Carolina faculty use private gifts to enable a range of important academic activities from indexing a new book to mounting a new art exhibit. The couple’s support has been used to help send students to a jazz festival, fund faculty travel to academic conferences, and bring artists to campus for public talks.

All these things require private support, she says.

“The coffers are not deep. There is an immediate need. And even small amounts of money, a couple of hundred dollars, can make a big difference.”