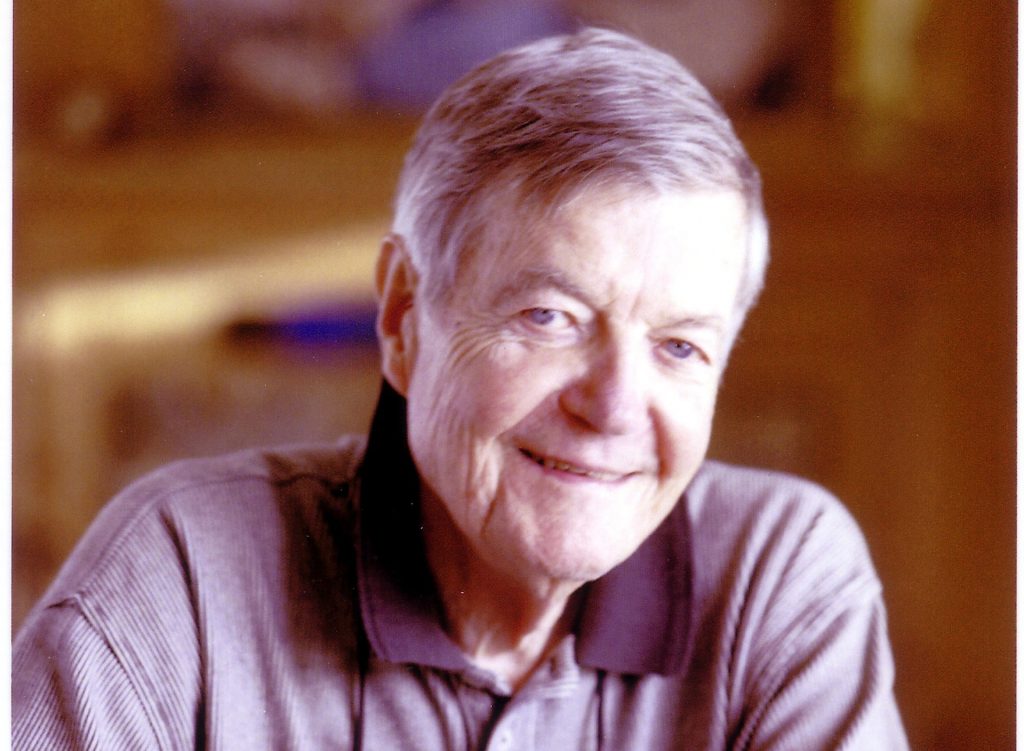 Frank Borden Hanes Sr., a native of Winston-Salem, N.C., and a longtime friend and benefactor of the College, passed away on July 17. He was 93.

Few have done more to promote the arts and sciences at Carolina than Hanes, a 1942 graduate of the University. As a student, he was Rex of the Order of the Gimghoul and a member of the Carolina Playmakers. He was an officer in the U.S. Navy in the Pacific during World War II, serving on the destroyer USS Wadsworth. Hanes understood the need for private support at his alma mater decades ago. He was the founding chairman of the Arts and Sciences Foundation; in 1975 he oversaw a resolution that recommended its creation.

Hanes endowed the Thomas Wolfe Scholarship in Creative Writing in 2000, providing a full scholarship to young writers at Carolina. He was instrumental in endowing other funds that benefit the College, including the Frank Borden Hanes and Barbara Lasater Hanes Professorship in English, the Hanes Visiting Professorship in Art, the Wilmer K. Borden Fellowship in the Institute for the Arts and Humanities, the Austin H. Carr Distinguished Professorship, the James Gordon Hanes Chair in the Humanities and others. The Frank Borden and Barbara Lasater Hanes Art Center was dedicated in 1985 in honor of the family’s support of the arts on campus.

During his lifetime, Hanes was honored with the North Carolina Award for Public Service (the state’s highest civilian honor), the William Richardson Davie Award and Distinguished Alumnus Award from UNC, as well as an honorary doctorate of letters from Carolina.

Hanes was a poet, novelist, journalist, farmer, outdoorsman, businessman and philanthropist. His works include The Fleet Rabble: a Novel of the Nez Perce War, which received the Sir Walter Raleigh Award for Fiction and was also nominated for the Pulitzer Prize.