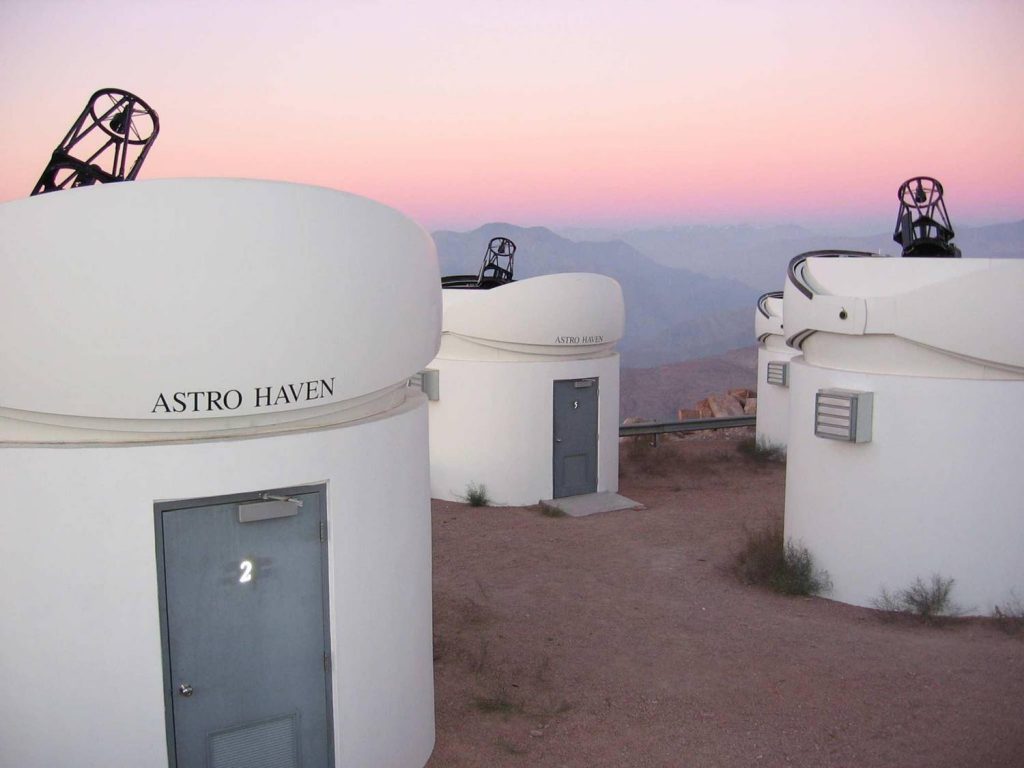 About 1,400 middle school students will be able to explore the universe with high-tech robotic telescopes in Chile and Chapel Hill through UNC’s global Skynet system. It’s part of a new $1.6 million National Science Foundation grant to encourage interest in the sciences at an early age.

Partners include: The University of Chicago, the National Radio Astronomy Observatory in Green Bank, W.Va.; the Astronomical Society of the Pacific; and 4-H.

Skynet Junior Scholars will have at their disposal a global network of telescopes that Dan Reichart, UNC Bowman and Gordon Gray Professor of Physics and Astronomy, and his associates have assembled to detect gamma-ray bursts, the most powerful explosions in the universe.

“We have users all across the United States and the world, and they all do different science, not gamma-ray bursts,” Reichart said. Skynet has become the leading discoverer of supernovae in the Southern Hemisphere, and also the world’s leading tracker of near-Earth objects (Earth-approaching comets and asteroids). In fact, Skynet observers study a full range of fleeting phenomena of varying brightness that can be seen with a small telescope.

Reichart’s outreach work has evolved into a four-credit course at UNC that enrolls 1,000 or more students annually. That Skynet-based curriculum now is attracting interest from a variety of other institutions in the region, including Wake Technical Community College, Guilford College and North Carolina A&T State University.

“So far we’ve had about 30,000 elementary school students use the system,” Reichart said, through a curriculum developed in partnership with the Morehead Planetarium and Science Center. Using a web page on a kiosk in the planetarium, students pick the object they want to capture and type in an e-mail address. Skynet then takes the image and sends it back.

Thousands of high school students also have made observations, using the same web-based interface that professionals use to operate Skynet. With the addition of the Junior Scholars program, Skynet will have served every age group from elementary school to the professional ranks.