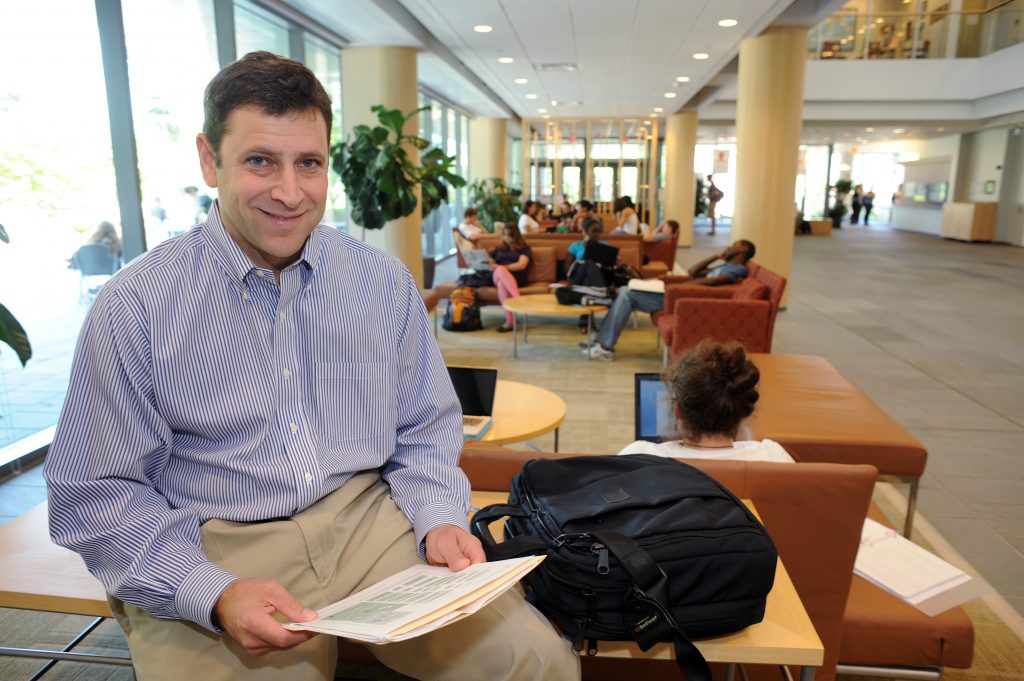 Daniel Gitterman, recipient of the Order of the Long Leaf Pine. (photo by Dan Sears)

Daniel Gitterman, associate professor of public policy, was awarded the Order of the Long Leaf Pine, one of the state’s highest honors.

University of North Carolina President Tom Ross, a recipient of the award in 1999, presented the award to Gitterman Feb. 27 on behalf of former Governor Beverly Perdue.

The Order of the Long Leaf Pine was created in the mid-1960s and is given to North Carolina citizens in recognition of a proven record of service to the state. Past recipients include such Tar Heels as Maya Angelou, Billy Graham, Michael Jordan and Bob Timberlake.

Gitterman, who came to Carolina in 2000, served as a senior adviser to Gov. Perdue from 2009 to 2010, under a dual employment relationship between UNC and the Office of the Governor.

“When President Obama was pushing for health-care reform, he chose five regions to hold regional White House forums, and North Carolina was one of those,” said Gitterman, who was the point person for a forum held at N.C. A&T State University in March 2009.

Gitterman focused on innovative programs for improving children’s health, such as one that would extend low-cost health-care coverage to the parents of uninsured children and another one, Healthy and Ready to Learn, to expand health coverage to all students entering public kindergarten. His projects helped to bring $40 million in federal stimulus money to North Carolina.