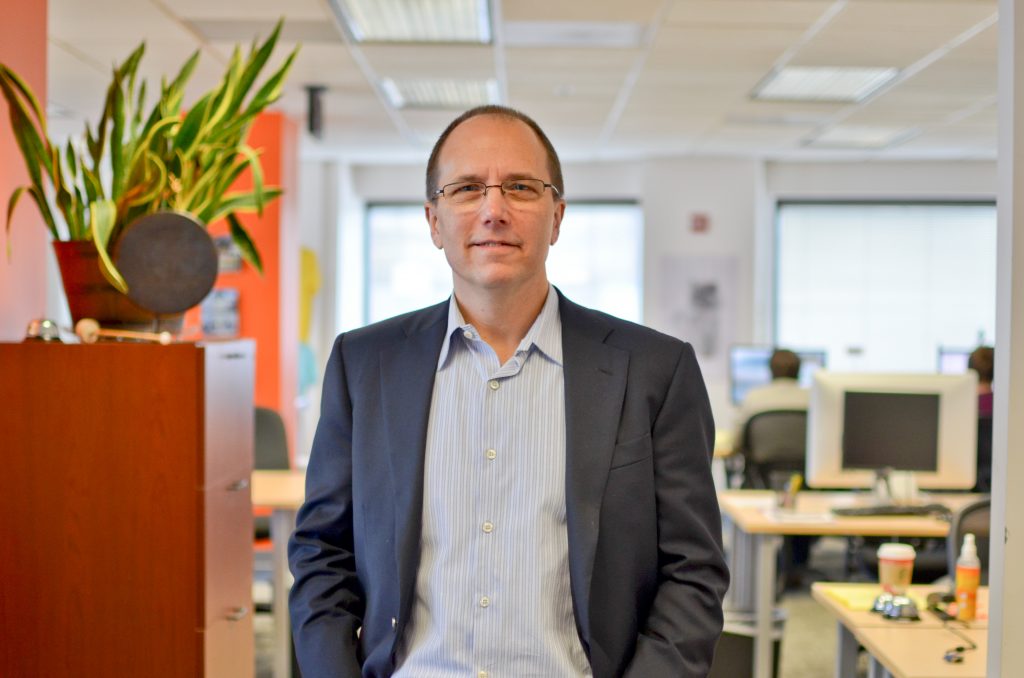 A World of Good: Social entrepreneur encourages UNC to make a difference

Posted high on the walls of GlobalGiving’s downtown Washington, D.C., office are these core values:

“This means think about what the world needs and then act,” said Dennis Whittle (religious studies ’83), who co-founded the online marketplace where donors can fund grassroots, earth-changing projects around the world. “And when you act, you’ll learn about whether it worked or not. And then you do it over again. When I meet students at UNC, I encourage them to go to class, listen and reflect on what could make the world a better place. What speaks to you?”

Whittle, UNC’s Richards Donohoe Social Entrepreneur in Residence, has followed many of those same principles in his own life. [See related story.]

He has always been a bit of a maverick, from the moment he left New Hampshire to come to Carolina on a Morehead Scholarship. At age 25 with a master’s degree from Princeton, he landed a job at the World Bank, where he was told that many folks who were hired needed Ph.Ds. About 14 years later, he left a successful career there to co-found GlobalGiving, which was named by Forbes magazine in May 2012 as one of “10 startups changing the world.”

Whittle likes to call GlobalGiving’s approach “crowd-sourcing good.” In 10 years, the organization has helped more than 7,000 projects around the globe secure more than $100 million in funding from about 300,000 donors.

Whittle is a firm believer in taking risks and trying new things. He ran his first marathon and became a first-time father — both after age 40.

“I have a huge respect for people who say ‘what the heck’ and just go for it,” he said from his campus office in Gardner Hall. “Developing the resilience to persist is one of the most important things you can do, and you can’t learn that from a book.”

Whittle says he learned a lot about being an entrepreneur from, of all things, his UNC religious studies professors. This was long before a formal effort existed in the College to nurture entrepreneurs.

“Religious studies had a fantastic group of professors with very eclectic interests — Peter Kaufman, Jim Peacock, Ruel Tyson,” he said. “None of them used the words ‘entrepreneurial’ or ‘innovation,’ but all of those [teachers] helped me to see the world in new ways, and that’s the first step toward becoming an entrepreneur.”

As entrepreneur in residence, Whittle comes to UNC for several days each month to teach and meet with students, faculty, administrators and local government leaders. He sees his role as “trying to identify the most effective levers where I can help push along new ideas. Who can I provide support to that will enable them to take their ideas further and faster?”

In 2011, Whittle stepped down from day-to-day operations at GlobalGiving to found The Whittle Group, an advisory practice that helps organizations and companies “invent the future.”  Today, GlobalGiving is headed by the other co-founder, Mari Kuraishi (to whom he has been married for the last eight years.)

Whittle knows it can be pretty overwhelming to try to make a difference in the world. Still, he is amazed at UNC students’ magic combination of “enthusiasm, intelligence and guts.” Callie Brauel, a 2009 business and economics major, founded ABAN, a nonprofit that empowers marginalized young women in Ghana by providing them with a trade, shelter and education. Her group recently landed a permanent spot on GlobalGiving, exposing the organization to donors everywhere.

A good place to start doing a world of good? Whittle says don’t forget about your own backyard.

“I tell students they can make a real and fundamental difference in the lives of people around them … their family, the kids in the community. One of the greatest pleasures I’ve had in the last few years is just spending time in my inner-city neighborhood and hanging out with the kids there. Is that going to change the world? No.

“Is it going to have a positive impact on their lives? I think so.”

More at www.globalgiving.org and www.denniswhittle.com. Read more of our interview with Dennis Whittle.